The World Of New Design Thinking 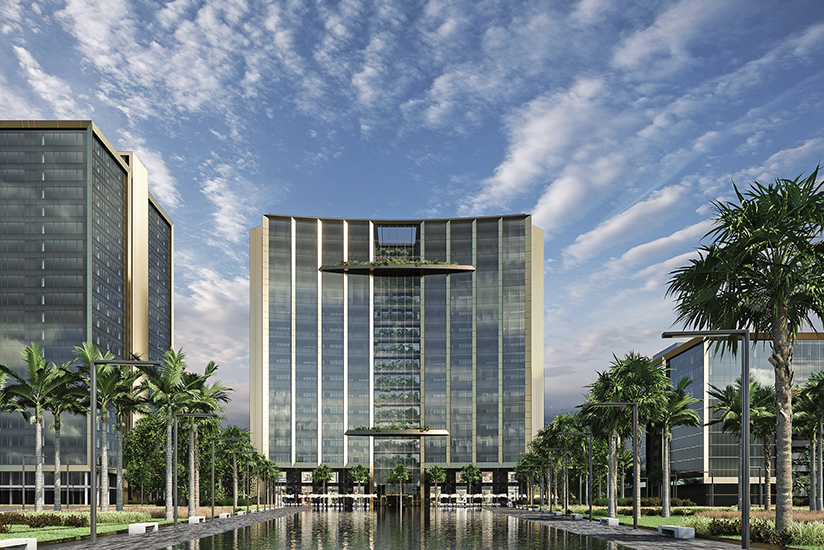 The modern workplace is changing more rapidly than ever before, and one of the people who understands this all too well is Ricardo Bofill. In conversation with Candor Connect, the famous Spanish architect whose firm has partnered with RSP India to work on Candor’s campuses in Noida, talks about one of the biggest placemaking trends in modern workplace design—New Design Thinking—and its virtues, impact and future.

Over the last few years, workplaces around the world have undergone a great deal of flux and experimentation, urged on by organisations’ increasing focus on encouraging creativity and innovation among their employees. One of the main elements of this change is New Design Thinking, which has been increasingly incorporated into modern workplace design and architecture. We spoke to Ricardo Bofill, Principal Chief Architect, Taller de Arquitectura, to learn more about this concept that promises to transform the modern workplace like never before.

Edited excerpts from the interview:

When and where did you start your career as an architect?

From the beginning it was clear to me that architecture and economics come together in one package. I started my career as an architect shortly after completing my graduation. I joined Ricardo Bofill Taller de Arquitectura in 1991 after graduating from Harvard University with a Master’s in Architecture (M.Arch.). I had already completed a Master of Science in Real Estate Development from Columbia University in New York. Currently, I am the Principal Chief Architect of Taller de Arquitectura, an author-driven studio started by my father that has been building different types of projects around the world. My career now spans over 50 years.

Which are some of the biggest projects that you have done till date?

The biggest project I have done is the master plan for Moscow. The extension of this capital city of Russia administratively expanded 1,500 square kilometres. This was in 2012; the idea of the smart city had just been born. Ecology was our main focus from the beginning. The task was daunting: repositioning the centre of government (Kremlin and Duma) outside Old Moscow and creating a new polycentric city with the aim of de-congesting traffic, re-constructing and redesigning the famous green belts, creating new urban-scale smart parks and boosting Moscow River—understood as a living organism, taking in goods and energy every day—as the natural spine for the city, and funnelling out waste. The city of Moscow, which was our client, followed many of our smart city concepts, even adding an institute dedicated to its implementation and continuous upgrade of the master plan with all its action plans. The project included 100 million square metres of new buildings, 200 square kilometres of parks and gardens as well as more than 2,000 kilometres of new streets and roads, new infrastructure, smart utilities, clean energy, etc.

RBTA has had a diverse portfolio with over 1,000 projects in 35 cities. We have always tried to create narrative architecture. The style of projects might evolve continuously over time, but the stories are always there— they help us create something unique. Some of our landmark projects in Spain include Xanadu and La Muralla Roja, both in Calpe; Walden 7 in Sant Just Desvern; and Kafka’s Castle in Sant Pere de Ribes from the 1960s. Today, all of these projects are trending on Instagram. Later, we also created mass housing projects in France such as Les Espaces d’Abraxas in Noisy-le- Grand; Antigone district in Montpellier; and Les Colonnes de Saint-Christophe in Cergy- Pontoise that were built using artificial stone technology. Our projects such as the National Theatre of Catalonia and the Madrid Congress Centre in Spain and 77 West Wacker Drive and the Dearborn Centre in USA that exude a modern, classical approach have also attracted a lot of attention. The brands for which we have built assets include Shiseido, Cartier, Dior, Rochas, AXA, Google and Brookfield Properties. Being part of all these projects has given me utmost satisfaction; I see it as one story.

On your recent trip to India, you’ve come and reviewed the upcoming developments at our campuses in Noida. What are your thoughts on the developments taking place here?

In Candor’s Sector 135, Noida campus that is managed by Brookfield Properties, we are building a central, on-the-axis new lake and tower. The office space is well lit naturally, with great views. The ground floor is a mix of marble lobbies in elegant white shades and upscale food courts with a terrace overlooking this awesome lake, with a nice garden all around. Under the shadows of the frangipani trees and transported by the fragrance of tropical flowers, we are hoping to create a new place, a new destination for each end-user to write his or her own story. Also in the campus, we are building interesting, mixed-use buildings with office space that has a central, open-air patio and is sitting on an efficient and ramped Multi Level Car Parking. Both of these buildings—Tower 11 and Tower 11 A—together with the upcoming Tower 12 shall complete this fantastic new IT park.

The new developments in Candor’s Sector 62, Noida campus include a new master plan, a new retail, F&B or social hub ‘Tower 8’ as an ecological magnet in the central axis in addition to a new gateway and retail experience for the end-user. We are completing twin towers that frame this gateway—Tower 5 and Tower 4B. This pedestrian ecosystem has a retail arcade, anchor retail stores and food and beverage courts as well as a work atmosphere where people can meet in myriad friendly places. RBTA, RSP and I are looking forward to completing these two projects with world-class quality. Brookfield Properties’ top-tier development team is working with us.

Open spaces, flexibility, connectivity and placemaking— this is the new mantra for office space design. New Design Thinking can be defined as creating an environment— that works 24/7—where teams and individuals are highly motivated to work because the space around them, the place itself, is inspiring. New Design Thinking also leads to an increase in story-inspiring moments, and working efficiency and effectivity, and generating cutting-edge IT output in an office atmosphere.

What are the top reasons to adopt New Design Thinking or Placemaking in today’s world?

New Design Thinking provides a holistic approach towards revolutionising the workplace. A shift from the traditional model—the cubicle—to the ‘open space’ design mode enables more productivity, interaction between team members and potential for algorithms and talent to develop. The major reasons to shift to Design Mode are:

How does the future for New Design Thinking or Placemaking look in India, especially when it comes to commercial campus spaces, like those owned by Candor TechSpace?

In the future, New Design Thinking or Placemaking in India, especially when it comes to commercial campus spaces, shall become smart. It will be the ecology, technology, mobility, clean energy and of course, the wow factor—master planning and architecture—that can inspire the end-user and open his mind. They can create for the individuals and teams exciting new places, which by interacting with local dense landscapes, can provide natural cooling and smart grids and systems such as optimisation of circular water, mechanically-clean energy maintenance, and flexible-modular, critically efficient and mixed-use commercial architecture solutions—capable of absorbing and giving a workplace to the growing population of this booming country.

Such campuses of the immediate future can be wired with digital infrastructure to support both mobile and landline services; tools such as blockchain, machine learning and artificial intelligence; and finance, banking, and related services—expanding at the daunting speed of quantum supremacy. The dramatic speed-up relative to all known classical algorithms that provides quantum supremacy—as computational tasks with supercomputers—to carry out calculations beyond the ability of today’s most powerful supercomputers, is a landmark moment that only today came in the news. As architects, we will have to figure out how this affects the new lifestyle and create new places adapted to the new speed. Also, we will have to calculate the areas required for the new quantum data centres, since we need to think of the future generations.