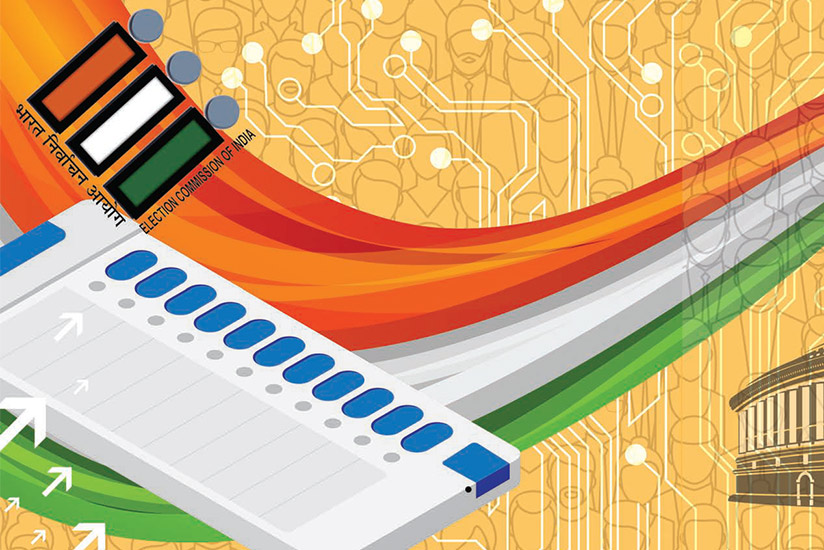 Data and technology continue to affect elections in India in many ways. As the race to the 2019 general elections picks up speed, our in-depth report puts the spotlight on this growing trend.

Over the past decade, new technologies have been playing an increasingly integral role in the organisation of elections in India. This is because the country has turned to a variety of technological solutions in its bid to make elections more transparent and cost-effective, including the use of electronic voting machines or EVMs (in the late 1980s) that were developed in partnership with Electronics Corporation of India (ECIL) and Bharat Electronics Limited (BEL). This was a pioneering development when it came to elections in India, considering that there are still other countries that prefer hand-marked and manually counted paper ballots.

Over the years, there have been many benefits to using technology in various aspects of electoral administration, including increased administrative efficiency, reduced long-term costs and improved political transparency. Apart from EVMs, technology is currently used in activities related to the electoral process. For instance, technology is present in the form of electronic database management systems that are used in several stages of the electoral process, such as when compiling voter lists, changing voters’ states or addresses, drawing electoral boundaries, managing and training personnel, printing ballots, conducting voter education campaigns, recording cast votes, counting and consolidating vote results and publishing election results. Technology also finds presence in software programmes and electronic equipment such as computers, printers, scanners, barcode readers and the Internet. There has also been a good rise in the influence of information technology in the electoral process. According to a news report by HT Mint, after the 2016 assembly polls, voters in Kerala got election results in minute detail on a real-time basis on their mobile phones. This was due to an aggressive IT initiative undertaken by the office of the Chief Electoral Officer, Kerala. 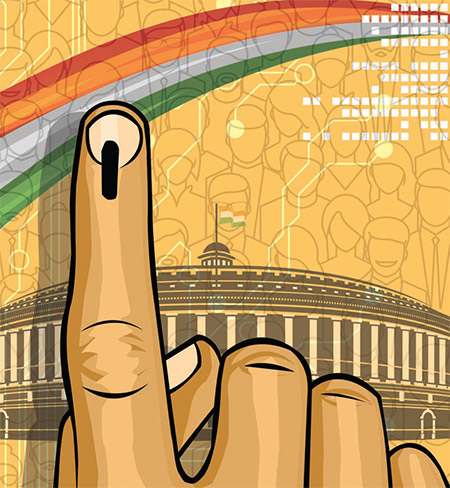 Data and technology have been playing yet another important role in elections in India, if one were to take into account the growing trend of digital and data driven elections. The 2014 elections were one of the first where data, technology and digital platforms played a central role in the manner in which the campaigns were designed, structured, targeted, implemented and communicated. During this time, parties used technology for political purposes. They targeted mobile voters through voice broadcasting, used GPS in campaign vans to increase efficiency, and used cookies on their website to allow them to harvest and further use information about user’s internet activity for customized advertisements.

Over the years, social media has also become a potent campaign tool for political parties, both for collecting information as well as customising and getting their message to voters. This is because the increase in the use of smartphones and the expansion of 4G to rural villages has increased the number of connected users in India. Parties even used social media to reach young voters in the Lok Sabha elections of 2014 and Delhi Assembly elections of 2015. In fact, a report by Tactical Technology Collective states that the number of tweets rose 600 per cent from the 2009 elections to the 2014 elections! Newspaper reports suggest that the upcoming 2019 elections will rely even more heavily on social media. In fact, Down to Earth magazine states that more than 9,00,000 volunteers of a prominent political party are creating neighbourhood-based WhatsApp groups to disseminate information about their party’s campaign activities. Many parties have also appointed volunteers to coordinate local digital campaigns.

Additionally, a wide array of apps which one can access from one’s smartphone, makes this the most technologically advanced election ever. These apps include those developed by political parties and netas. Many of these apps have clocked more than millions of downloads on Android alone!

Political parties are also increasingly using big data tools to increase voter turnout and swing the elections in their favour. For example, a news report by India Today states that a famous political party is banking on its data analytics department to analyse vote share, seats and shifting voting patterns from 2009 for the 2019 elections.

Technology is also the overriding theme of free symbols released by the Election Commission, reflecting our country’s transformation into an urban nation. Among these crop of symbols assigned to independent candidates and unrecognised parties are accessories that have become a part of our daily lives, like CCTV camera, pen drive, laptop and mobile charger.