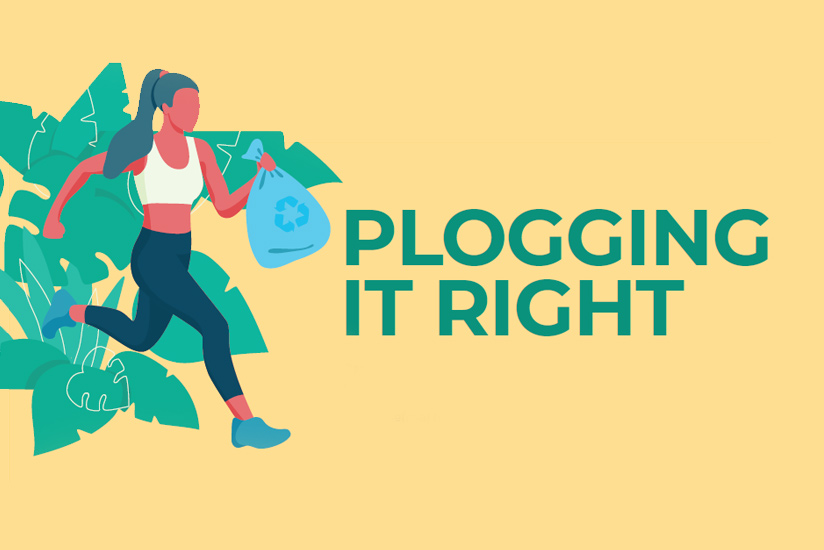 Candor TechSpace in association with Ploggers of India organised a ‘plogging’ drive (the act of picking up litter while jogging) at its campuses in Gurugram and Noida. The activity was beneficial to employees’ health and the environment.

Running is good for your health. Picking up litter is good for the planet’s health. Why not combine the two? That is the idea behind ‘plogging’, a fitness trend where people (or ‘ploggers’) pick up litter while jogging. Plogging not only helps make the Earth cleaner, but also benefits our own health. Ploggers can get a good workout, especially if they incorporate squats and lunges while picking up litter.

To promote fitness and cleanliness among urban millennials, Candor TechSpace joined hands with Ploggers of India to organise a ‘plogging’ drive at its campuses in Gurugram and Noida. The idea was to encourage participants to pick up the litter (especially plastic waste) when jogging, as part of their regular routine. Ripu Daman, a runner and cyclist who is spearheading the Ploggers of India movement, says, “When we came across the concept of plogging, we were very confident and ardent about the idea. We are hoping that people will understand their responsibility to protect Mother Earth.”

The event kicked off with a briefing about the plan for the day and a light, warm-up activity for 15 minutes. This was followed by a plogging drive for 30-40 minutes which saw 100 participants plogging over an approximately 3-km stretch around each campus and collecting 30-40 bags of litter. The drive culminated with an insightful discussion on the impact of plastic on the environment and ways to avoid the use of single-use plastic.

The drive gave participating ploggers a different perspective on the overall concept of cleanliness. It also empowered them to engage with the community by letting them raise awareness through interactive dialogues.