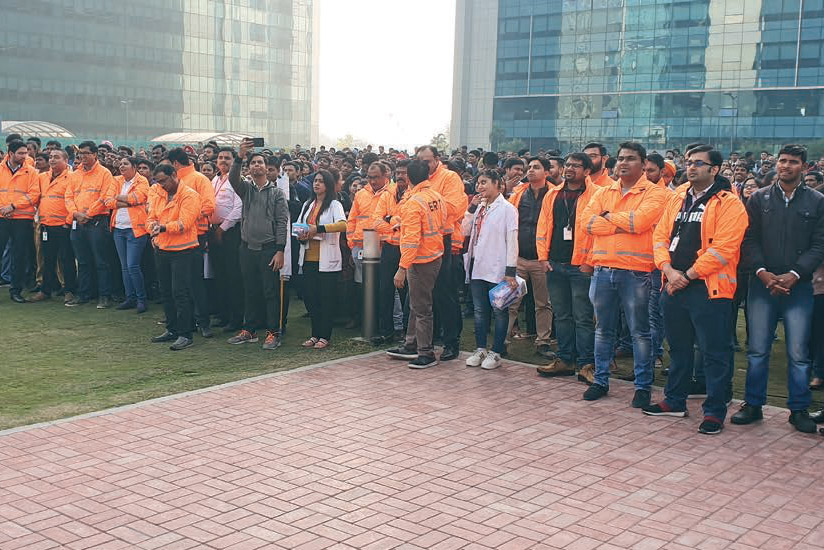 Dangers like a bomb threat, fire or an unprecedented event at the workplace can be devastating not just for the employees but for the public in general as well. Hence, Candor TechSpace, with the aim of preparing employees across its campuses for any such emergencies, recently conducted mega evacuation drills.

Candor TechSpace recently organised mega evacuation drills at its campuses to train staff and its occupants on how to effectively execute emergency evacuation procedures. The staff and workers were briefed about rescue techniques, should there be an unforeseen emergency.

These mega evacuation drills are being organised by Candor TechSpace on an annual basis for three years now. In previous years, blackout and armed attack scenarios in collaboration with government agencies were practised. This year, bomb threat and fire drills were conducted at Candor’s campuses. These drills aimed at helping the staff and workers deal with disasters and emergency situations in a calm and organised manner. One of the most important points discussed was: never take a bomb threat lightly. Should there be such a threat, the information has to be passed onto the security team immediately.

The mega evacuation also helped check how a mass evacuation can be carried out effectively should a crisis situation arise. The occupants were given practical training on response and support to rescue operations. With safety being of utmost priority, through these evacuation drills, the occupants were equipped with the right skills to tackle such situations.

Coming to the safety initiatives that Candor has undertaken in this regard, every member of the organisation’s Building Management Team (ERT – Emergency Response Team) is responsible for responding to emergencies till the government authorities take charge. A distinctive panel called the TERC (Tenant Emergency Response Coordinators) meet to discuss the needs and planning of such dire situations. The campuses have qualified emergency responders available round-the-clock for responding to different mechanical, natural and medical emergencies. Additionally, Candor’s campus at Sector 62, Noida features a Disaster Room for housing emergency equipment. 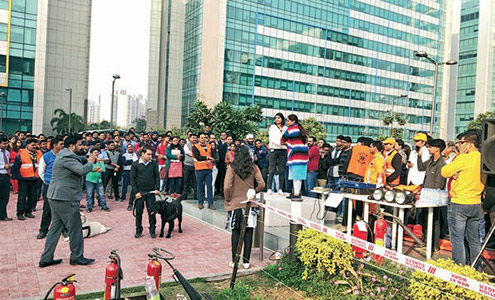 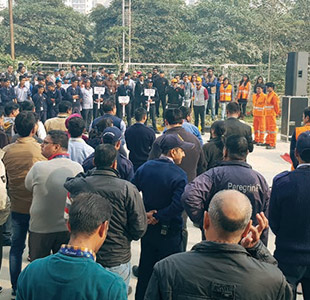