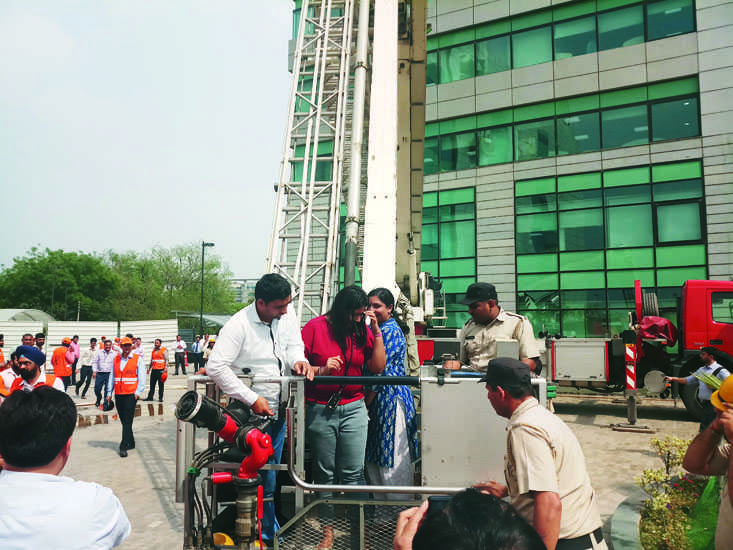 National Fire Service Week was celebrated in the campuses of Candor TechSpace from 14th to 20th April. During this period, several programmes were organised to create fire safety awareness among the occupants, associates and employees. 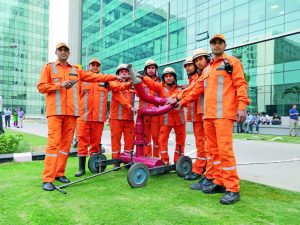 National Fire Service Week is observed in India in the month of April every year. It is celebrated in remembrance of the fire service personnel who lost their lives while fighting the huge fire that erupted following an explosion on a ship named S. S. Fort Stikine, which was berthed at Victoria Docks in Bombay (now Mumbai), on 14th April 1944. To pay due respect and homage to these brave fighters, as well as to inculcate fire safety awareness among the occupants, associates and employees across all of its campuses, Candor TechSpace observed the National Fire Service Week from 14th to 20th April. During this period, various activities were organised on the theme ‘Fire Loss Is National Loss—Let Us Adopt Fire Safety Measures’. 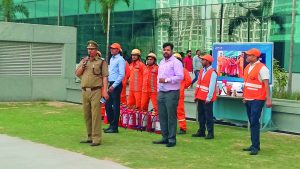 Since the risk of fire within a workplace needs to be constantly assessed and managed, it is important to train staff for these eventualities. Keeping this in mind, Candor had kept fire safety banners and equipment on display. Employees were given practical training and instruction regarding the use of fire extinguishers. A fire safety handbook was released to provide succinct, useful information that would assist its employees and partners in safeguarding their safety while at home, in the workplace, or outdoors.

Candor unveiled a training video on basic fire safety for the benefit of its own staff as well as partners’ employees. The objective behind this was to make easy the process of training and to encourage the employees to train themselves. Candor also hosted an online quiz to help its employees and partners to discover how much they know about official fire safety measures. A safe workplace contest was conducted at every campus, and occupants were allowed to voluntarily nominate themselves during the week. The enrolled occupants were assessed on the basis of fire safety measures undertaken by them, and the winners were felicitated.

Here is the campus-wise list of the winners of ‘Candor TechSpace Safe Workplace Contest’: 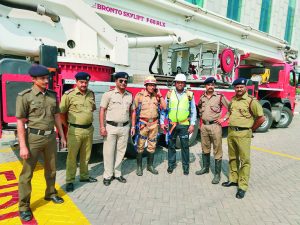 A mock demonstration on fire rescue from a refuge area was also organised in partnership with the fire service departments of the respective states where Candor’s campuses were located. The move was all about promoting awareness and showcasing the readiness of the fire service personnel in case a rescue operation is required from refuge areas. Candor also created fire safety awareness outside its campuses by conducting a basic fire safety session in nearby schools.

The Candor TechSpace team has worked towards increasing awareness on basic fire response protocol among the occupants, associates and employees in all of its campuses. Here’s hoping that the relevant stakeholders do their bit towards bolstering the awareness of fire safety measures!