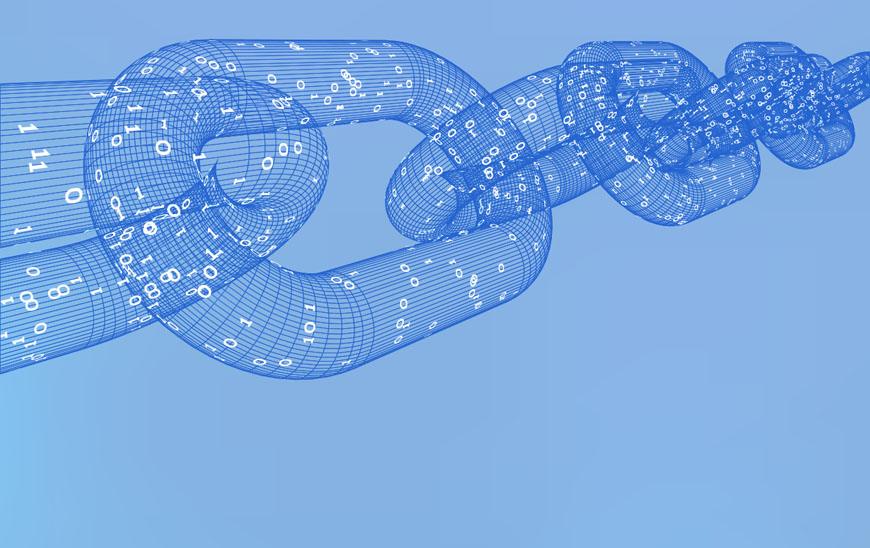 You might have heard about a technology called blockchain, not to mention the escalating value of cryptocurrencies like Bitcoin that depend on it. If you are finding it difficult to get your head around this technology, our easy guide will be of help to you.

In today’s world, innovation is happening just about every day as we continue to develop new technology that makes our lives better. Just think about how much smartphones have changed the way we live and work, even helping global nomads to build new businesses straight from their phones. We are now in the midst of another technological innovation which is taking place in the field of digital storage and currency: blockchain technology. Before we get into how this technology might transform the financial services sector and many other businesses and industries, let us discuss what blockchain actually is.

The blockchain is an incorruptible digital ledger-cum-distributed database which continually records transactions of virtually everything of value to update all parties of who owns what. In other words, the blockchain records debits and credits between people. The name ‘blockchain’ comes from the very basic fact that technology creates a chain of blocks where each block has information related to transactions that have occurred at a specific period of time. Every new block is added to the end of the ledger on everybody’s computer, under the list of all previous blocks. This is called a chain, which is why the technology is referred to as blockchain. Each and every block has a timestamp as well as a link to a previous block. The blockchain has a network of replicated databases which is updated via the internet and can be seen by participating members. Thanks to cryptography (the art of writing or solving codes), members can only edit the parts of the blockchain that they own by using the private keys required to write to the file. Cryptography also ensures that the copy of the distributed blockchain possessed by each and every member is kept in sync.

How does blockchain make a difference?

When it comes to traditional transactions, a payment made by a person to another involves some sort of intermediary for facilitating the transaction. Let us assume that you want to transfer some money to your parents. You can give them some cash or use some kind of banking app to transfer the money directly to their bank account. Whatever the case is, a bank is an intermediary verifying the transaction: Your funds are verified when you take the money out of an ATM or make the digital transfer. The bank decides if the transaction can proceed. It also holds the record of all transactions made by you, and updates the record when you pay someone or receive money into your account. In other words, the bank is that one that holds and controls the ledger, and everything related to the transaction flows through the bank. 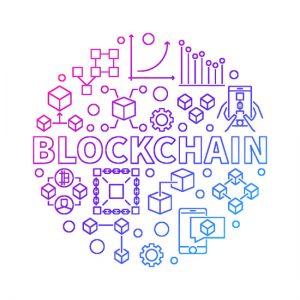 When it comes to knowing how the blockchain system operates, the key difference is that it is entirely decentralised. Unlike a bank, there is no central clearing house. Also, there is no central ledger that is held by one entity. Rather, the ledger is distributed across an extensive network of computers called nodes. Simply put, a node is a computer connected to the blockchain network. Every node is an ‘administrator’ of the blockchain and holds a copy of the entire ledger on their respective hard drives. These nodes are connected to another via a piece of software known as a ‘peer-to-peer client’, which synchronises data across the network of nodes and ensures that every participant has the same version of the ledger at any point in time. The result is a database that is run autonomously in a decentralised manner. This makes the blockchain ideal for recording transactions as well as events such as medical records, taking care of identity management, and proving provenance. It is, primarily, providing the potential for mass disintermediation of trade and transaction processing.

How does blockchain really work? 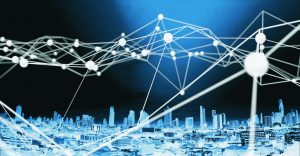 A blockchain allows you to send value anywhere across the globe where the blockchain file can be accessed. However, you must possess a private, cryptographically created key which will help you access only the blocks you ‘own’. When you give a private key which you own to another person, it means that you are effectively transferring the value of whatever is stored in that particular section of the blockchain to that person. Every time a new transaction is entered into a blockchain system, it is first encrypted with the help of cryptographic technology. Once encrypted, the transaction is converted to a block, which is then sent (or broadcast) into a vast network of computers, called nodes. Here, it is verified by the nodes and once verified, passed on through the network so that the block can be added to the list of all previous blocks on everybody’s computer, at the end of the ledger.

With blockchain systems, there is no single point of failure or approval channel since all transactions (or blocks) in a blockchain are verified by the nodes in a network before being added to the ledger. No one can edit a blockchain unless he or she has the corresponding keys. If an edit is not verified by those keys, it is rejected. If hackers wanted to tamper with the ledger on a blockchain, they would have to hack lakhs of computers simultaneously, which is nearly impossible to achieve. They would also be unable to bring a blockchain network down, since it would require shutting down every single computer in a network of computers around the world. The encryption process itself is another advantage. Blockchains like Bitcoin use deliberately difficult processes for their verification procedure. Thus, thanks to their decentralised and extremely secure nature, blockchains can function without any need for regulation by the government or other intermediary.

Why is blockchain important?

When it comes to transferring money, we usually turn to centralised financial establishments such as banks or online payment methods which usually require integration with a bank account or credit card to serve their purpose. Blockchain technology can eliminate this middleman by assuming three important roles which have been traditionally carried out by the financial services industry: recording transactions; establishing identity and trust, because a blockchain can only be edited if you have the corresponding keys; and establishing contracts, since blockchain can be used to store a unit of value as well as any type of digital information like computer codes.

While it is still early days for the technology as a whole, blockchain promises to have far-reaching financial, economic and social implications across a wide variety of fields and industries. By using a global peer-to-peer system to directly and transparently guarantee the integrity of transactions between parties, blockchain is already working to transform various vital industries that depend on third-party verification. Thanks to blockchain, it is now possible to pair verifiable transactions with an inalterable, error-proof ledger.